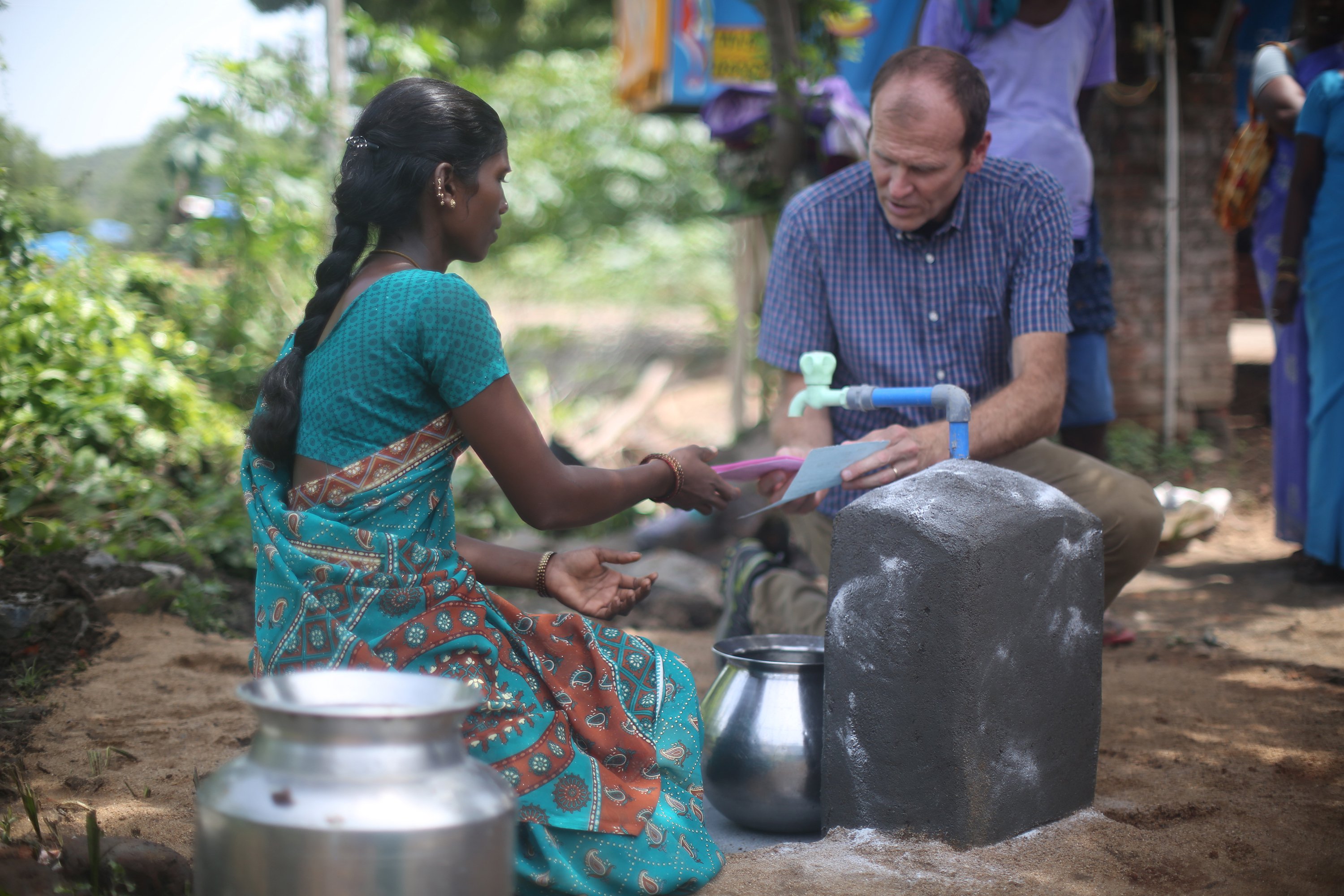 An idea that is changing charity

Our smart solution has proven that if you invest in women, they’ll change their world. Read more about why we created WaterCredit from Gary White, Water.org CEO and Co-founder.

$1 billion in loans. That’s an idea that is changing charity. Seems counterintuitive – charity and loans. But these aren’t just any loans. These are small loans taken by women around the world used to pay for a toilet or water connection in their home.

The premise of this idea is hard to imagine for those of us who have daily ubiquitous access to toilets and safe water. Let me share.

I’ve spent my entire career empowering millions of people around the world with access to safe water and sanitation. My work has taken me around the world, many times over, and this is what I’ve seen. For a long time, those of us who were concerned about helping solve the global water crisis were drilling wells for impoverished communities around the world. Those initiatives weren’t reaching enough people fast enough. While communities waited for a well or for a broken well to be fixed, children continued to get sick and even die from a lack of safe water. What we were giving them wasn’t good enough.

I also realized that people were already paying for water – both with their time and their money. I met families in Honduras and India who were paying up to 20% of their income to get a jug of questionable water from a water vendor.

Women and children living in poverty are disproportionately affected by the water crisis. They spend hours every day collecting water, and this costs them – monetarily, but even more so, it costs them their dreams, their education, their agency.

And that’s when I had an idea. What if we loaned these women the money to install their own water tap or their own toilet? They could use the money they were paying each week to a water vendor to re-pay their loan instead. And when repaid, they would own their toilet and have long-term access to water.

It is a simple and powerful solution, yet it took time to prove it is a viable solution to the water crisis.

We launched WaterCredit in 2003 to test this idea. And it has been more successful than I could have hoped. Together with our partners, in fifteen years, we’ve helped mobilize $1 billion in capital to support more than 4.9 million loans, enabling access to safe water and sanitation for more than 22 million people. 22 million!

87% of our loans are taken by women. And 99% are repaid. That’s a repayment rate traditional banks dream of.

These women have proven what we believed: if you invest in women, they’ll change their world.

Read about the power of WaterCredit in Lakshmee's life.