Skoll Foundation - How to Spend a Billion Bucks? The Global Water Crisis

How would you spend a billion dollars? Gary White knows what he will do. The Water.org CEO and co-founder says his organization has reached the $1 billion milestone in its efforts to help people access clean water and sanitation.

Pretend you had use of a billion dollars. How far could it go? You could purchase more than a billion songs on iTunes or buy a very small slice of its parent company Apple. Professional sports teams in the NBA, NFL, and NBA generally would be out of reach, although you could afford to obtain two Airbus A380 jumbo jets to shuttle about 1000 fans to games. Those are a few options. For proven value for your money, I’d suggest an alternative—an investment in solving the global water crisis. There, a billion dollars goes a long way.

Water.org and our partners reached a critical milestone in September, attracting and mobilizing $1 billion in capital to support small, easy-to-repay loans for people in need of access to water and sanitation. We’ve done so through WaterCredit, our primary means of providing affordable financing and expert resources to make household water and toilet solutions a reality. More than half a billion people could solve their own drinking water and sanitation needs if they just had access to small loans. Lack of access to capital is one of the key barriers holding back water and sanitation lending to the poor. 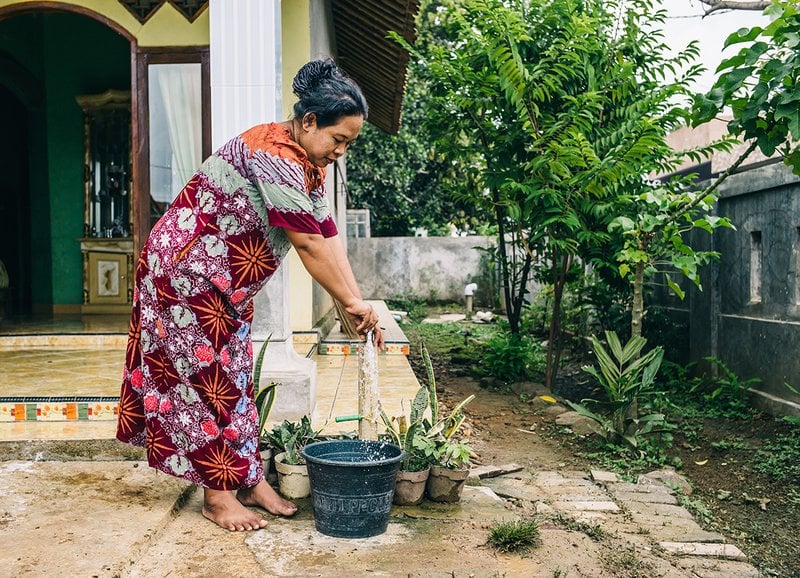 We know this kind of microfinance works, and it can be scaled. We’ve gone from mobilizing $100 million to $1 billion in just four years. About $500 million was mobilized in the past year alone. Water.org now is in 13 countries, cultivating new partnerships and graduating partners who continue to lend on their own. 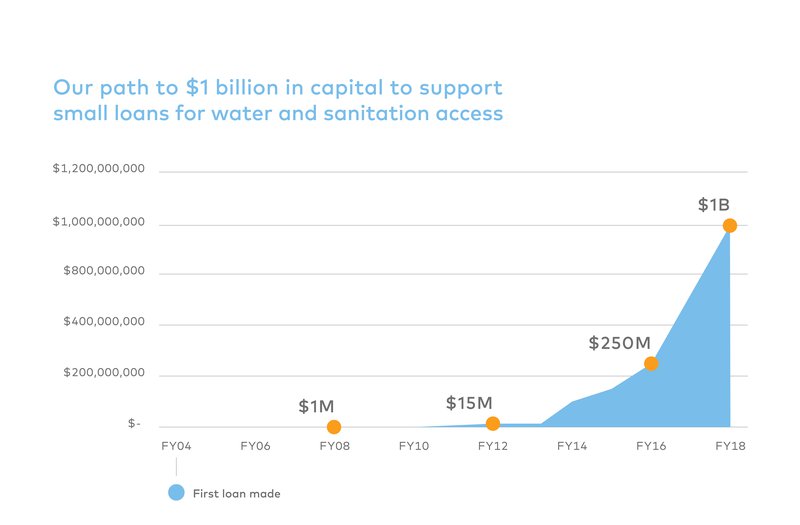 This $1 billion of mobilized capital demonstrates that finance is a viable tool to help meet the funding gaps to achieve the United Nation’s Sustainable Development Goal 6 (SDG6) which calls for clean water and sanitation for all people. The funding gap for extending safely managed access—fully meeting SDG6—is $89.6 billion a year. That dollar amount can seem overwhelming. But at Water.org we don’t believe that SDG6 is only aspirational, it’s also attainable in our lifetime.

Evidence advances the case for blended finance as a critical means to achieve SDG6. We know that for every $1 invested by donors, Water.org leverages 40 times that amount from capital markets to fund vital water and sanitation services. Bottom-up financing is an in-demand solution for millions of people.

Take for example Lackshmee, a woman in India who used a small loan through WaterCredit to finance access to drinking water in her home, freeing her from the burden of spending large amounts of time, energy and money to obtain clean water for her family. Instead of using hours each day searching for water Lackshmee now uses that time to sew. That work earns Lackshmee money to send her kids to school and to repay her loan. And the money from the repaid loan is recycled to help another family gain access to water and sanitation.

Water.org has invested in people for more than a quarter of a century, helping 21 million people like Lackshmee obtain affordable loans to gain the freedom clean water and hygiene afford. Lack of safe drinking water within a 30-minute round trip from their home traps hundreds of millions of people—nearly one out of every nine people on the planet—in poverty. Unsafe water increases the risk of disease. And the burden of retrieving clean water falls disproportionately on women and girls. Easy access to safe water keeps girls in school and empowers women to earn income to invest in their future.

So what can a $1 billion buy? It can buy an acceleration to the end of the global water crisis, strengthen our global economy and help bring millions of people the good health, power, and dignity that come with access to a tap and a toilet.